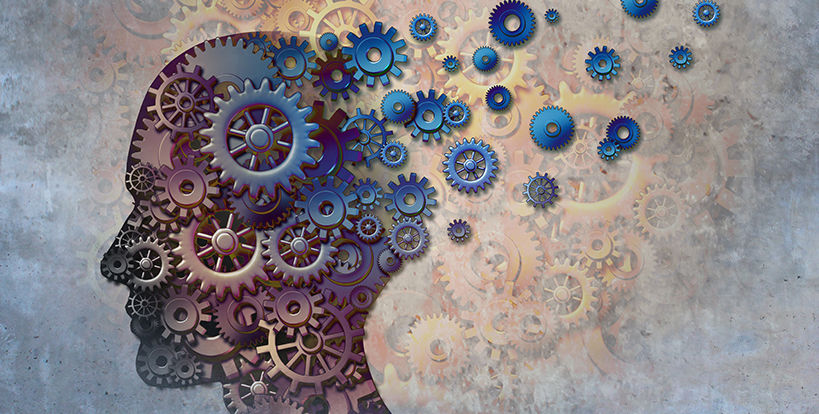 The Coevolution of Man & Food – Nature Got It Right

Alzheimer’s disease is now the third leading cause of death in the United States, following only by cardiovascular disease and cancer [1]. There are approximately 5.2 million Americans with AD, but this estimate ignores the many young Americans destined to develop AD during their lifetimes: given the lifetime risk of approximately 15% when including all ApoE genotypes, as many as 45 million of the 318 million Americans now living may develop AD during their lifetimes if no prevention is instituted [2].

There is increasing urgency to develop effective prevention and treatment for Alzheimer’s disease (AD) as the aging population swells. Yet, our understanding remains limited for the elemental pathophysiological mechanisms of AD dementia that may be causal, compensatory, or epiphenomenal.

To this end, I hypothesis why AD exists from an evolutionary perspective which includes natural selection, co-evolution, adaptation, genetic drift, and other evolutionary forces. (In Part 2 I will describe the mechanism of action and how to successfully treat AD with diet, antioxidant/phytonutrient nutraceuticals and walking)

As baby boomers enter the vulnerable ages for Alzheimer’s disease (AD), biomedical research is in a race against time to prevent, stabilize, or cure the disease. Implicitly or explicitly, rational therapeutic discovery relies on understanding the root cause (s) as well as intermediate and proximate pathophysiological processes of disease.

Basic research on AD has historically focused on characterizing the signature pathological lesions, that is, amyloid-β (Aβ) neuritic plaques and paired helical filament tau (PHFtau) neurofibrillary tangles, and the precedent and consequent molecular, biochemical, and physical mechanisms that most likely link these disease lesions to the neurodegeneration and cognitive decline caused by AD. [3]

Viewing AD from an evolutionary perspective prompts a rethinking of the way we describe the relationship between the clinical dementia and the neuropathology by which we define the disease. By integrating the fields of phylogeny, life history theory, genetics, biochemistry, nutrition, exercise science and evolutionary medicine, a unified theory of AD can be developed and a protocol to prevent AD established. (TJP)

My hypotheses on the root cause (s) of AD centers on the consumption of the Western American diet (malnutrition), the lack of persistence exercise (walking) and the reduction of consuming plant-based foods high in antioxidants.

Over the past decade, neuroscientists have identified that physical activity stimulates both neurogenesis (the birth of new neurons) and optimizes functional connectivity within the human brain via neuro- plasticity.

High consumption of plant-based foods and regular aerobic exercise produce many neuroprotective benefits—and when both are combined, they are the most effective way to bulk up gray matter brain volume, elongate telomeres and improve the integrity of your brain’s white matter communication lines.

From an evolutionary neuroscience perspective, physical activity stresses brain function because of the cognitively demanding activity of constantly looking for foods which forced our ancestors to engaged in daily aerobic physical activity. In addition to traveling great distances daily, man co-evolved consuming high antioxidant fruits/berries and high omega 3 fatty acids rich foods from both vegetables, fungi, fruits and from the sea.

(The hunter–gatherers‘ daily energy expenditures for physical activity typically were at least 800 to 1200 kcal, 41 or about 3 to 5 times more than the average American adult today)

Simply put, our ancient genome has not had enough time to adapt to a non-daily aerobic activity lifestyle of our modern – get in your car, go buy groceries in a store – modern world.

By returning to this original design plan – and implementing a simpler ancestral hunter-gatherer diet which consists of ~70% of kilocalories that come from plant foods – whole fruits, root vegetables, Fungi, sea vegetables, land vegetables, bulbs, nuts and seeds, and ~30% of kilocalories of the annual diet from marine cold-water fish, eggs, and lean/low-fat grass-fed animal proteins like our ancestors did, we can improve the quality of our health and sustain our lifespan over a longer period of time. [11]

In conclusion, [s]cientists have discovered that exercise appears to build a brain that resists physical shrinkage and enhances cognitive flexibility. Exercise, the latest neuroscience suggests, does more to bolster thinking than thinking does. Daily exercise when combined with a high plant-based fatty acid -antioxidant rich diet, challenges the brain to respond by increasing its neuroplasticity, by increasing more myelin, and healthy synaptic connections. All of these essentials promote and improve better neural signaling which enhances cognitive function.

HealthCoach– is a multi-modal program consisting of diet, nutraceuticals and walking designed to impact and enhance neurogenesis in three regions of the brain.These three regions of the brain, subgranular zone (SGZ) of the hippocampus which is involved in regulating learning and memory, the subventricular zone (SVZ) and the Amygdala are measurable affected in Alzheimer’s disease syndromes.

Both anthropologists and nutritionists have long recognized that the diets of modern-day hunter-gatherers may represent a reference standard for modern human nutrition and a model for defense against certain diseases of affluence. [10]

HealthCoach – diet protects against oxidative stress which is an imbalance between production and accumulation of oxygen reactive species (ROS) in cells and tissues and the ability of a biological system to detoxify these reactive products. [12]

These phenomena are mainly initiated and enhanced by oxidative stress, a process referring to an imbalance between antioxidants and oxidants in favor of oxidants. Thus, tissues and organs, particularly the brain are affected by ROS due to its composition. The brain is largely composed of easily oxidizable lipids while featuring a high oxygen consumption rate.

Inflammation in the brain, in particular activation of microglia, has been increasingly associated with the pathogenesis of Parkinson’s disease (PD), as well as several other neurodegenerative disorders.

The neuroprotective effects of berry fruits on neurodegenerative diseases are related to phytochemicals such as anthocyanin, caffeic acid, catechin, quercetin, kaempferol and tannin.

Anthocyaninsare a type of flavonoid, are a family of powerful antioxidants that fight the effects of aging and oxidative stress. To date, more than 635 different anthocyanins have been identified.

Anthocyanins (from the Greek anthos for flower and kyanose for blue) are water-soluble polyphenols flavonoid compounds.

HealthCoach – diet, nutraceutical and walking program recognizes that sedentary individuals who increase their steps from 1,000 to 3,000 a day reduced their mortality risk by 12%; those who achieved 10,000 daily steps cut their risk by 46%.

HealthCoach – diet, nutraceutical and walking program recommends a gradual increase in daily steps to a minimum 5000 steps a day and optimally 10,000 steps a day.

Physical activity such as walking may preserve neuronal plasticity, increase synapse formation, and cause the release of hormonal factors that promote neurogenesis and neuronal function.

Anthocyanins are a type of flavonoid, a class of compounds with antioxidant effects. Found naturally in a number of foods, anthocyanins are the pigments that give red, purple, and blue plants their rich coloring.

Anthocyanins may have a protective role in plants against extreme temperatures. For example, tomato plants protect against cold stress with anthocyanins countering reactive oxygen species, leading to a lower rate of cell death in leaves.

In addition to acting as antioxidants and fighting free radicals, anthocyanins may offer anti-inflammatory, anti-viral, and anti-cancer benefits.

Another large body of research from the Nurses’ Health Study I and II, which followed over 46,000 women from and 23,000 men for more than a decade, found evidence that the those with the highest intakes of anthocyanin (especially from blueberries and strawberries) had a significantly decreased risk for developing hypertension, myocardial infarction and/or having a heart attack compared to those with the lowest intake. This was true even after controlling for other factors like exercise level, family history and BMI.

Chronic food deficits affect about 792 million people in the world. Malnutrition directly or indirectly affects a variety of organ systems including the central nervous system (CNS). A number of nutritional conditions are included in the Global Burden of Disease (GBD) study, such as protein–energy malnutrition, iodine deficiency, vitamin A deficiency, and iron deficiency anemia. Over 15% of the disability- adjusted life years (DALYs) lost globally are estimated to be from malnutrition.

Micronutrients is the term used for those essential nutrients that are needed in small amounts for human growth and functioning. They are essentially used as cofactors for enzymes engaged in various biochemical reactions. They comprise vitamins, fat-soluble as well as water-soluble, and trace elements (= minerals). Iron, vitamin A, zinc and iodine are most discussed today, but other important micronutrients are vitamin C and the vitamin B complex.

It is also associated with a diversity of non-motor symptoms, which, together with late-onset motor symptoms (such as postural instability and falls, freezing of gait, speech and swallowing difficulties), are presently one of the most difficult challenges the treating physician is faced with when dealing with patients with a long duration of the disease.

In contrast, a high plant-based diet that includes abundant whole fruits, vegetables, olive oil and oily fish are known for their anti-inflammatory effects – could prevent malnutrition and gut dysbiosis.

The human gut microbiota (GM) is vital for host nutrition, metabolism, pathogen resistance and immune functionand varies with diet, lifestyle and environment. The Hadza lifestyle therefore is thought to most closely resemble that of Paleolithic humans.

Neurogenesis in the adult mammalian brain is generally accepted to occur in two discrete regions: the hippocampus and olfactory bulb. In recent years, there have been reports that neurogenesis may also occur in other regions of the adult brain under normal conditions, such as the neocortex  and amygdala. Moreover, various brain insults have been shown to induce the production of new neurons in the striatum and cortex.

In part 2, I will outline how to transition to my Coevolutionary diet, nutraceutical and walking  program which will improve health outcomes.

2. Seshadri S, Drachman DA and Lippa CF. Apolipoprotein E epsilon 4 allele and the lifetime risk of Alzheimer’s disease. What physicians know, and what they should know. Arch Neurol. 1995; 52:1074‐79.

11. Gut Microbiome of the Hadza hunter-gatherers